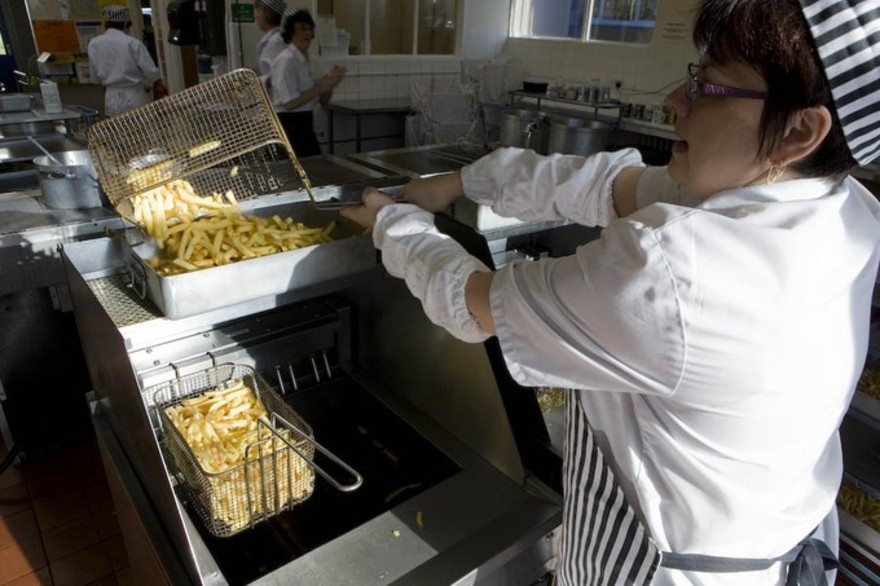 It may not seem like the most likely way to produce green energy, but Birmingham residents have been praised for creating enough renewable electricity to make over 2.5 million cups of tea, all by recycling their used cooking oil. So far the amount of oil collected from Birmingham City equates to 40,000KWh. As the cost of electricity per KWh in the UK is around 14.5p we have produced around £6,000 of clean, green electricity from Birmingham City residents alone.

When disposed of down drains, used cooking oil – a notoriously difficult waste stream to manage -costs UK water companies an average £15million per year in blockage repairs. When sent to landfill it fares no better, often leaking into watercourses and harming local wildlife.

However, a scheme cooked up by Birmingham City Council, in partnership with Veolia Environmental Services and eco-firm Living Fuels has seen waste oil disposal tanks placed at each of the city’s five household waste recycling centres since December 2010.

This forms part of the council’s dedication to achieving a 60 per cent recycling rate by 2026, while allowing residents to dispose of their used oil in a safe and efficient manner – and has led to the creation of enough renewable electricity make more than two cups of tea for every resident of the city.

Cllr James McKay, Cabinet Member for a Green, Safe and Smart city, said: “It is amazing how much of a positive difference that something as simple as recycling cooking oil can make. Most households will use cooking oil at one time or another, and it needs to eventually be disposed of – we’ve now got a system in place for people to do this in a responsible way, helping the environment and economy in the process.”

Once the tanks are full, the oil is collected and taken to Living Fuels’ state-of-the-art recovery facility where it is recovered into a clean, green bioliquid. This bioliquid is then used in Living Fuels’ renewable power facilities, producing carbon neutral electricity for the National Grid. Just one litre of used cooking oil can run a Nintendo Wii for 235 hours. One full tank can power the average home for a year.

Rob Murphy, Living Fuel’s Operations Director said of the scheme; “It’s great to see such a positive reaction from Birmingham residents. Not only are citizens helping to rid themselves of a difficult waste stream, they are also helping to power UK homes and businesses, while at the same time reducing the country’s dependency on fossil fuels.”

Mark Heesom, General Manager of Veolia in Birmingham said: “More than 30 different materials can already be recycled at the household recycling centres, and I’m delighted that used cooking oil is part of that list. These tanks will give people a safe and convenient way to dispose of their oil, rather than throwing it in the bin, and allow it to be put to good use.”